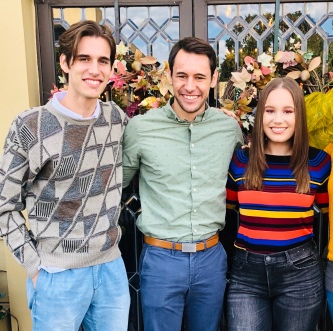 As a little girl I loved nothing more than being outdoors.  Trees beckoned to be climbed, rocks called out to be turned over, you never knew what treasure might lie beneath.  Most of the time it was an earth worm, but occasionally there’d be a penny and that was pure gold.  I loved to run, play and draw pictures in the clouds with my imagination.

But, I think the thing I liked best was riding my bike.

I don’t remember having a particularly nice bike, probably a T, G & Y special.  I’m showing my age here as many of you will have no idea what T, G & Y is.  (Ask Google.)   I do remember flying down the beat-up asphalt on my two wheeled way of escape to the wooded lot at the end of the road.  Over the years a trail had been carved through those trees and vines and for any youngin’ willing to brave the spider webs and pot holes scattered throughout it, it was a shortcut to the next street over.  And if you were bike racing to the next street over, it was practically a “gimme” that you’d win.  Not everyone had the guts to take “the trail,” as we called it.  Very original name, I know.   So, when and IF you emerged safely to the other side, having successfully maneuvered it, bragging rights belonged to your brave heart.

Those were the days.

These days were back before a lot of life happened.  Many years later the realization would hit that riding a bike was scarier than you remembered.

At my age, riding could be a hazard to good health.   Now, don’t get me wrong, I still ride, but these days I’m a lot more cautious and choose my “trails” wisely.

Still, there’s nothing like the wind whipping your hair in and out of your face while you balance your weight on two wheels.

Remember when you ran alongside your small child holding onto their very unsteady bike until just the right moment and you let go! If you’re like me, you jumped for joy, screamed their name and clapped as long as their bike stayed up on two wheels.  You stood, probably in the middle of the street or a parking lot, and watched their unsteady profile wobble away.

It was a moment of pride and a rite of passage.

I remember being so excited for their new accomplishment only to watch them fall four thousand times.  It took the excitement right out of it and I found myself wanting to keep them safe.  Thankfully, their adventurous spirit kept me from holding them back and soon enough their riding skills were good enough to venture on the asphalt trail near our house.

A far cry from “the trail” I flew down as a kid.

As I think this through right now on this sheet of virtual paper, I realize it was a lot more fun when I LEARNED to ride than it was to WATCH my kids fall and get up, fall and get up…repeat.

Kind of reminds me of where I am in life right now.

Today I was again reminded how little I control.  Letting go of that bike is reminiscent to letting go of my young adult children.  You know, I’ve spent my whole adult life raising these people, pushing their “bike.”  As they’ve gotten older, I’ve tried to let go repeatedly only to watch them fall and get back up…repeat.  Each time I’ve made sure to be there when they got “back up” and tried to “ride” again.

When they studied for a test and didn’t do as well as they’d hoped, I was there to console and encourage them not to give up.  If they were left out of a sleepover or some other social event, we took them out to dinner and a movie to cheer them up and remind them they were loved.  When they weren’t chosen for a scholarship they’d worked so hard for, we rallied behind them and made sure they knew there was still hope for a scholastic future.  We’ve prayed countless hours, cried buckets of tears, shared long talks, and I knew it would be hard when they began to live lives of their own.  But, I didn’t realize it would feel like that small child “wobbling” away from me with each experience and lesson of life.

Now, I can hear you say, “Oh, they need you, kids always need their parents.”

And I agree with you.

When my kids were learning to ride their bike there came a point when after what seemed like the thousandth fall, they didn’t want help getting up.  They wanted to do it on their own.  And I would stand back, bite my nails and let them drag the bike back to its upright position and hoist themselves onto it and try again.  It was painful to watch, but so important in learning.

That picture is what parenting a young adult feels like.

They’ve fallen again, made a bad decision or lost a job and you run to help only to be pushed away so they can get up on their own.  Now, I know it is important to let them learn to stand up on their own, so I back away and bite my nails, praying desperately they’ll figure it out.

But, it still hurts to be pushed away.

I’m not trying to be psychologically correct about all of this, I am just speaking from my heart.

I understand they NEED to do it on their own, but I also grieve not being needed.

I’ve been told I’ll get used to it, one day I’ll appreciate the freedom that comes with not being as needed.  I believe that’s true.  But, today, freedom feels a lot like loneliness and that truth feels a lot like a lie.

I’m struggling with how I should wrap up this piece.

I want to leave you with a word of hope, a cute analogy, anything to make this feel a little less intense.  But, you know what, I’ve tried so hard to keep it real in all of my writings. They are an invitation into my heart, my life.  I know all I’m feeling could fall into the category of growing pains, learning to be a parent to adults instead of a caretaker of small children.  There is a chasm between the two and I find myself straddled over the top of it, and I don’t do the splits…

So, I guess if I have to sum this up, I would say the difference between parenting children and adults is basically learning to do the splits.

Good luck to those who are as stiff as me.

Now, please excuse me, it’s lovely outside and I think I’ll go for a bike ride.

“There is a time for everything, and a season for every activity under the heavens…”  Ecclesiastes 3:1

6 thoughts on “Growing Up, Up and Away”