Eight and a half uneventful hours later we touched down in Europe. Hallelujah! Solid ground! I have never been to Europe so this was and is a VERY BIG DEAL. I gathered all my things, and limped off of the plane like the hunchback of Notre Dame under the weight of my backpack. Then came the long line to pass through customs. Once we had been declared not dangerous, we made our entrance into the enormous airport. There were people bustling everywhere and everything was written in German.

I still had butterflies in my stomach and now a big cheesy grin on my face.

First thing to do was to find the person meeting us.

We were looking for the daughter of the friend traveling with me, she was in Germany studying abroad and would be the only familiar face we’d see in this country. Unfortunately, we didn’t have a meeting place lined up, we thought we did, but it turned out to be such a big airport that we wandered around not knowing a soul, not understanding the language and not knowing where to go next. 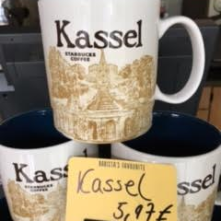 I forgot to mention a little fact, Germany is seven hours ahead of us. So basically we had taken off from Dallas in the late afternoon and after an eight and a half hour flight and a seven hour time difference, it was morning of the next day by the time we disembarked. So, if you’re following me, that means we had been up for twenty four hours straight when we landed. You can imagine what we looked like. Between suitcases, backpacks, disheveled hair, and I’m sure a “deer in the headlights expression,” we definitely met all the criteria for tourists. Probably, the best kind. The ones who keep wandering around in circles thinking something will change or something will start to make sense if you just keep walking. You’ve seen them before; maybe like me, you’ve BEEN them before.

After wandering for a while, we finally sat down and started trying to call someone, ANYONE, who could help put us in contact with our ride. The only problem was, NO CELL SERVICE. We weren’t worried about it before we left the states because we figured we would get on wi fi to contact anyone we needed. Plus, we didn’t figure connecting with her daughter would be a big deal. WRONG on both accounts. After a decent period of time, we gave up our circling and looking and sat down. We started attempting to connect to the wi fi when we realized we couldn’t read a word of the options. There were no English alternatives, no “press one” to read in your language, it just looked like a bunch of symbols on a page that we knew we needed to read but couldn’t.

Welcome to Germany, where people speak their own language and not yours. 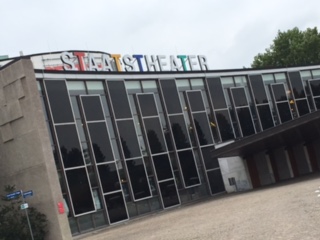 I can’t remember the last time I felt so completely helpless. I tried and tried to connect to the internet, guessing my way through the options that were written in German (May as well have been Chinese, it didn’t matter.) to no avail. I finally decided to go and seek help. I noticed there were people walking around wearing yellow vests that said something that looked like the word “Help” on it, I headed straight for one of them. Why hadn’t I seen these yellow vested people before now? I have no idea. To God be the glory she spoke broken English, I wasn’t picky, any English was better than none.

She walked me through the options relatively easily and viola, a vat of options opened up to us. First thing I did, call my husband. Never mind that it was two o’clock in the morning where he was, I NEEDED HIM. And, as usual, he did not disappoint. He answered his phone on the second ring. I was amazed he awoke to answer, but so thankful. I quickly explained our situation and he immediately got a hold my friend’s daughter and helped us all to connect. When this pretty blonde haired girl walked up to greet us, I nearly kissed her, it was so good to see a familiar face. She led us to the tram and later to a train that would take us a few hours to her hometown-for-a-year, Kassel, Germany.

What a great city. 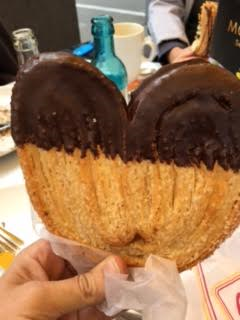 There are café’s and bakeries on every street, like more than one, tons of them. We walked on cobblestone, and then ate lunch at a café connected to a castle overlooking a perfectly manicured yard. After we ate, we walked the same path a former king of Germany had walked to a small pond and then over to see more of the city. We walked, walked and walked some more. Uphill the whole way, well, maybe not the whole way but there was a very big hill that took forever to summit.   Then, exhausted and content, we spent the night in a wonderful quaint hotel with the windows open.

I really like Germany. I really don’t know much about it except what I’ve read in our history books. What I do know is the people try to be friendly, the coffee is to die for and the countryside, as I saw riding on the train, is story book worthy. We saw everything we could while we were in this amazing country, including theatre’s, castles, café’s, bakeries, beautiful buildings with historical significance and architecture that left you with your mouth hanging open as you walked around gawking at it. 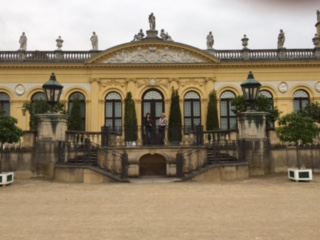 I’ll always remember sitting at a small coffee shop eating the most delightful pastries and sipping on a coffee-work-of-art all the while thanking the Lord for the opportunity.   I am just a small town girl who works hard, no different than many of you. So to have a chance to see a different part of the world is not something I take for granted or lightly. I wish I could’ve bottled up the sites and brought them to each of you so you could see them and we could talk about it all over a cup of coffee.

The experience was unforgettable.

All too quickly, our time in Germany was finished and we were standing in line to buy tickets to our next stop on this dream trip come true…