I can still remember so clearly the long days of childhood summer. Back when you stayed out until dark and the neighborhood kids played kickball in the street. We used to climb a tree that had grown awkwardly on the empty lot down the street. We called it the “walking tree” because you could literally walk up the branches starting with the one that scooped to the ground. We would walk up that tree and sit for hours.   Telling stories, swinging on the limbs and wreaking havoc on the poor old thing.

It was the best lot because there was also a bike trail that went winding through it, and we looped around it at top speed, hair flying and laughing wildly with the carefree heart that only a child can know. We would come in for supper and then it was back outside until dark. We drank out of the water hose and snacked on the porch. Momma never worried about us, those were the days before it was dangerous to be outside without an adult with you at all times.

The days of innocence.

Beautiful days, really; simple and fun filled. The days before sorrow or loss entered your heart.  As an adult I lament the passing of those times. And I grieve the passing of the one who stood at the door and called us all in. You only get one Momma. I do not have a single childhood memory where she is not in there somewhere, forever laced throughout the stories of my life.

We used to live in an old trailer right next to a big ditch which separated us from a pasture. It was the heart of Louisiana living. Where we lived the folks still spoke French. We feasted on crawfish, sweet tea and jambalaya. We used to trek down into the grassy ditch and climb up the other side to pick fresh blueberries from the vine that attached itself to the barbed wire fence that hindered us from running and playing in the open pasture it protected. Only once or twice do I remember braving the fence and stepping in a cow patty was our reward.

We would come home with brown paper bags filled with blueberries and Momma would make us a blueberry cobbler. Oh my, we were in heaven as we sat on the porch eating our still warm from the oven treat; bragging all the while that we had provided the mainstay to make it possible. Then with blue hands and faces we would set out to play in the sprinkler, remember doing that? We would run through the ones that shot streams of water straight up and oscillated at the same time while running away from the ones that were pulsing water out more violently in a circle drenching all in its wake. Then, soaking wet and happy, we would attempt to ride our bikes, wet tushes and all.

One of my favorite things in those sweet days of childhood was a hug from my Momma.

As a teenager I thought my mom was from another planet. Couldn’t wear make up until we were fifteen, dresses had to be below the knee and don’t even think about tank tops. We wore culottes until we were in our teens; no shorts bought at the store were long enough so momma made us ones she felt were acceptable. You can imagine our disdain as we became old enough to understand that matching plaid culottes made you the brunt of countless jokes. Funny, now when I think about it, I don’t mind the jokes so much. They really were funny and I wish I could’ve laughed at myself more. But, back then it was far from humorous and we scorned every minute we had to wear them. My younger sister and I wore them the most if memory serves me correctly. I wish I had those old things now, they would be a treasure.

It’s amazing how time changes our view of things. 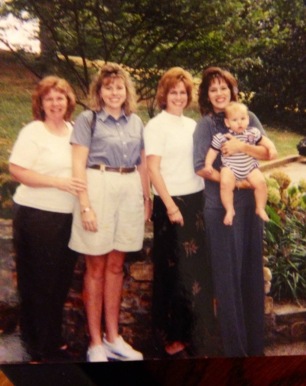 It was after I started having children that I began to realize what a blessing my mom really was. She was faithful, loyal and honest. She lived what she believed. I really am convinced that even if the whole world around her suddenly lost all sanity and lived with no rules or boundaries, she would be the one who wouldn’t waver. She was just that committed to her convictions. She was a believer in church attendance and I find myself having some of the same conversations she had with me with my own children.

As I grew older I talked to her every day; asking her advice or opinion. I didn’t always do what she said, but I always wanted to hear what she thought.   I valued her wisdom and needed her acceptance. I loved her company and admired her faith. She gave me so much, I wonder sometimes if I really ever told her that enough. A lifetime can go by so fast, you think you’ll have enough time to say what you feel later, but then it’s over and so much goes unspoken.

She was the best.

A few days ago I opened up my phone and plucked a few buttons to get to the screen where my speed dial numbers are stored. I meant to touch the line of my dad’s number but I accidently hit the line of my mom’s. Big letters “MOM” popped up on my phone screen and I immediately had a lump in my throat. What I wouldn’t give to see her number show up on my phone screen these days, a phone call from her used to cure a thousand woes.   Someday I’m going to call that number again and let it ring to see if anyone answers. I would love to tell them that they have one of my favorite numbers. Sound silly? Maybe it is, you become very sentimental after loss invades your life.

This is the second Mother’s Day that we’ll spend without her. It’s been a year and a half since the Lord took her home. I miss her every day. Every. Day. I will treasure the memories I have, and allow myself a walk down memory lane now and then. I will talk about her and honor her until I get to meet her again someday. I know she’ll be waiting for me.

Heaven is sweeter these days.

But, for now, I will have to settle for a beautiful cross with flowers to mark her grave. I’m pretty sure I’ll stand and talk to her in my mind as I place them there. Maybe I’ll even talk out loud, or sing. But, most of all, I’ll remember. And I’ll thank her again, as I have countless times, for loving me so much and for being such a faithful friend.

I really couldn’t have asked for a better momma.

Where I live it is getting close to blueberry season. I think a blueberry cobbler might just be in order this year.   Maybe I’ll sit on the porch and eat it while the sun warms my face. And then I’ll remember how blessed I was and still am. And I’ll smile. 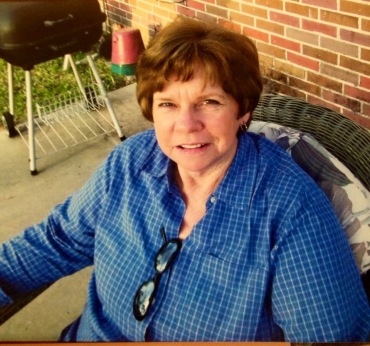 6 thoughts on “The Days of Innocence”