Now, let me see, where did I leave you in the story last time? That’s right, she was headed back to Magic Kingdom to finish out the day. All the while hoping and praying that her luggage would show up. Before she left, the manager at the hotel told her there was a good chance the case would show up at ten o’clock when the bus made its second drop off for the night.

As she was dealing with the joys and sorrows of adulthood, she had another issue pop up. Her phone died. Her phone charger was, you guessed it, in her suitcase. Now she was without extra clothes, shoes, toiletries, and her phone. Do I need to remind you how important a phone is to a twenty one year old? And, honestly, she really did need it right then for more than social media. So, she did something we’ve never let our kids do, she called us from the phone in the hotel room. They charge by the second on those things and we never use them; never.

She called to update us once more that her suitcase did not show up with the ten o’clock drop off as hoped and now she had to figure out what to do until the next morning. Let me interrupt myself here and tell you that when she first called my cell phone from the hotel phone, I hung up on her.   In my defense, I didn’t recognize the number and I did not feel like talking to a stranger about a product that I knew nothing about and did not care to buy. I felt so guilty later after she called the house and we realized what I had done. Ooops!! Bad parent award right here.

During all of this drama, I want to tell you a sweet fact that had her feeling like it was all going to be okay. Her friends were on the way. There is just something deeply comforting about the presence of others when we are going through something that feels so hard. Especially when we really like the “others” and they bring us peace and not stress. Not having to deal with it alone makes it all more bearable.

They were travelling by SUV from their college town and my girl was ready for their support and help down in Orlando. The distraction of friends would be great. Sadly, because she had no phone and had gone to the theme park to kill time, she had no way of knowing when they would arrive. After she was completely spent at Magic Kingdom, she headed back to the room. It wasn’t ten minutes until they drove up. Like a cloudless blue sky on a summer day, it felt good to see them.

Friends are the best, aren’t they? 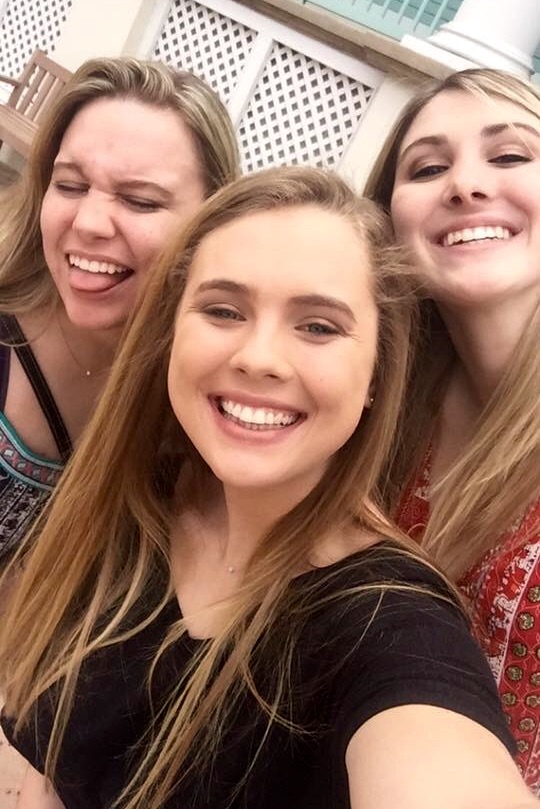 After exchanging greetings, she borrowed whatever she needed for the night, went to bed and prayed for a better tomorrow. There was still so much she wanted to do and see in this wonderful place. But right then, she would settle for some clean clothes and her own phone charger.

The next morning I woke up feeling so heavy hearted for my daughter and yet so thankful that she was surrounded by people that loved her. I laid in bed and prayed for her, “Lord, please help her to find her luggage. I know you care about every detail about our lives. She has saved and looked forward to this trip for so long, please let one person take up her cause to help track down her missing belongings. Amen.” I felt more at peace after I prayed and I got up and started my day.

Knowing HE was there with her, being an advocate, helped my heart to rest.

When she woke up, she headed straight down to the front desk to check on the progress of her missing piece. And then it happened, the Lord answered my prayer. The day time manager took her, by now, pitiful plea to heart. He promised to track down her case, took her number and promised to call her as soon as he did.

The Lord hears even our smallest pleas, nothing is unimportant to Him.

After being reassured by an angel in the form of a hotel manager, she and her running partners headed to the Expo. That is where you get your race number and basically check in letting the event coordinators know that you are actually there and ready to participate. Of course, Disney makes everything wonderful, so even this task was fun and memorable.

I want to interject here that I am so proud of how my girl tried to make the best of all of this. She was stressed and uncomfortable, but she pressed on and did not allow all of this stop her from enjoying herself. She was wearing an ill-fitted dress that belonged to someone else, no make-up, and the only pair of shoes she had. But, she still set her mind on having a good time.

What a great life lesson. Life isn’t always comfortable, you’ve just got to make the best of it.

I was shopping when I got the call, I could tell right away that there was good news. The luggage was found!! Oh my goodness, the happiness in her voice made me want to jump for joy right there in the middle of the store. The manager who promised to take up her cause had found the delinquent duffle and promised its delivery to her room. And he did not disappoint. The group headed back so she could put on her own clothes and get all dressed up to go out to dinner.

All I could think of when she was reunited with her belongings was how many lessons there were to be learned from her unfortunate happenings. Lessons about listening to instructions, having a good attitude in adversity, appreciating others, and much more. Can’t we all relate to situations like this? When things don’t go our way and we are pressed on every side, how we treat others in the midst of the fire is basically what’s in our hearts.

The good, the bad and the ugly.

There’s no perfect person and no perfect way to handle these types of situations. But I would like the Lord to work on me in my stressful times and help me to be kind and trust him to come through for me. That is really hard. Like really hard. But, not impossible. It is something I will probably have to work on for the rest of my days.

But, He promises in his word to work all things for my good, and I believe Him.

Well, the weekend took shape after that. They had a great time together, laughing and making memories. The race, well, that’s a whole other story. Thirteen miles is a long way. She was thrilled to have met her goal and, of course, her outfit was fabulous while doing it!

Because, after all, that’s what’s really important. 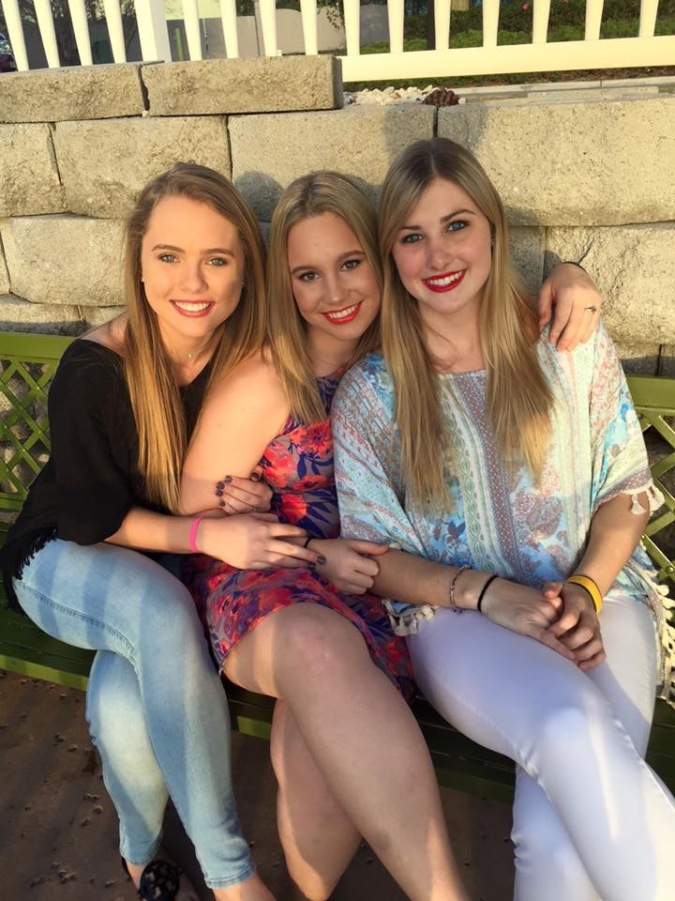 One thought on “The Most Magical Weekend, Well, Sort Of… (Part 2)”