I’d been up since early morning praying and worrying and praying some more. My daughter was on the road headed to the airport at three thirty in the morning. Why do airports need two hours to punch your name into the computer and send you to security? And why does security need so much time to rummage through all of your personal belongings, molest you with a security wand, then flag you through to your gate? And why must you sit at your gate so long you make several new Facebook friends and drink enough coffee to keep you awake for three days?

But, even a logical answer to all of these questions wouldn’t quiet my mind at that hour of the morning. I would just be thankful when she got there and made it all the way to the gate and was ready to board her flight. As a matter of fact, I would be even more thankful when she reached her destination.

She had been saving and looking forward to this trip for months and finally the day was upon us. It was the Disney Princess Half Marathon and she had bought the cutest outfit just for the occasion. (Because that’s what really matters, you know, the right outfit sets the tone. At least that was her philosophy.) She was flying stand by, thanks to her pilot father. It’s a tricky way to get from point A to point B, but very economical when it works out. So between the early morning hour, my daughter on the road by herself and the unsureness of the flight availability, you can see why a mother might have trouble sleeping.

“Lord,” I prayed,” keep her safe, keep everyone on the flight safe and help it all to go smoothly. And help me to get some rest.” She’s twenty one, so it’s not like she wasn’t plenty old enough to be going on this journey alone. But, you just hear so much in the news and on social media about people missing and accidents happening, it’s enough to steal your peace.

If you let it.

She finally arrived and, thankfully, everything went just as planned. Well, almost. The plane landed, the Magical Express picked her up, she handed her luggage to the driver who stored it in the large compartment under the bus. She boarded the magical carriage practically bubbling over with excitement.

Is this even real? She thinks.

While on the ride to the Disney hotel, a video is playing letting all the passengers know that their luggage will be delivered to their room. No worries, just get off the bus, stroll to your room and get ready to be treated like a princess. After all, this is Disney World.

At least that’s what she thought the video said.

She climbs off the bus, and begins to look for a place to eat lunch. Nothing to worry about, the luggage would be delivered to her room later.  After a tasty lunch she heads to her room ready to change into comfortable clothes and head to Magic Kingdom. Her stomach is full of butterflies and anticipation grips her heart. It is true, Disney makes you feel like magic really does exist and that happy endings are for everyone.

There’s a reason they call it the happiest place on earth.

I was getting ready to go to the store when the phone rang and my husband answered it. It was my daughter and she was in tears. She had been sitting in her room for an hour and her luggage still had not shown up. She was on limited time and daylight was wasting while she waited for that suitcase which housed every piece of clothing she brought for the weekend as well as all of her toiletries. Everything. All she had was her purse and the clothes she was wearing.

We assured her that we would pray about it.

Then we discussed what she should do, and after calling the front desk and hearing that it may take another hour or two for her belongings to appear, we advised her to just go on to the Park and enjoy her time. She could come back to the hotel at dinner and change into more comfortable clothing then. We never doubted that the missing suitcase would show up.

The afternoon flew by and my family gathered for dinner. We were laughing and talking when the phone rang. It was my daughter and she was upset because by now she was beginning to realize that her luggage was lost. After talking to the attendant at the front desk, she understood that the video she saw on the bus was meant for people who left their luggage at the airport. Delivery was not for folks who gave their belongings to the driver to load. Those people should’ve have hung around while the bus was being unloaded and gotten their luggage to take to their rooms. She was in the second group, the ones who should’ve hung around.

And now, she had no idea where her luggage was. No one did.

Let me take a moment to remind you that she had nothing, absolutely nothing. Everything she needed was in that bag. The one that was riding around Disney somewhere in a Magical Bus.

What was she going to do now? Well, she had already bought a Magic Kingdom park ticket, so after she talked to everyone she could about her luggage, she decided to head back and finish out the day in the most Magical Place on earth. Still wearing her clothes from earlier, clothes from flying all day, not very comfortable for walking or joyriding she headed out to make the best of it.

But, somehow, in that moment, nothing felt very magical. 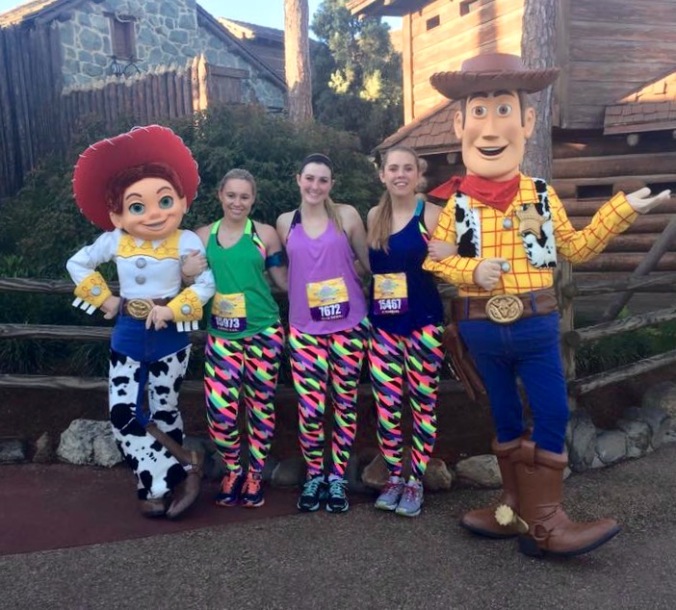 Meanwhile, my husband and I were at home with such heavy hearts keenly feeling the distance that separated our family.  You just want so badly to help your children in every way you can, and yet, sometimes there is nothing to be done.  It is at those times that I feel the most helpless and I rely deeply on my Heavenly Father.  He is a better parent than I am anyway and He is always wherever she is.

That is truly comforting.