I went out early this morning for a walk. Mostly to clear my head, walking has become my therapy. I listen to praise music and pray. I pray for my family, friends and the ministry of this blog, I’ve probably prayed for many of you. This cloudy morning, the air was heavy and filled with moisture. The kind of weather that is a sure sign of rain later. I’m not a fan of the rain, I’m a sunny day girl. I appreciate all that the rain does for us and our world, and I know we cannot live without it, (yada, yada) but I still love waking up to the sunshine. It just makes me happy, way down deep inside to feel the warmth of the sun on my face and feel the healing of its brightness in my soul. But, that was not the case this morning.

My husband likes to run, he says he’s no good at it, but I admire anyone who can run for any distance. If you run, then I admire you, and I may be just a little envious. I have run in my day, well, jogged, some may even describe it as a fast walk, but, I’ve done enough to have a genuine respect for the athlete doing it. He was also up this morning to exercise. As he left the house a smidge before me, we agreed to meet and finish our workout together. I would be finishing up my rigorous workout (ha!) and walking would be a good cool down for him. With plans to meet in place, I set off.

When I was well on my way, I heard someone pounding the pavement behind me. It  sounded like a step, step, skip, step, step, skip. What in the world? Three legs? I wanted to look, but didn’t want to be rude, so I waited for the odd sounding soul to pass me. Sure enough, moments later, they came running past. Well, I knew it wouldn’t take long because they were preluded by a rock. Yes, a rock. Sliding along the pavement and coming to a halt. Right behind it was, well, not what I expected. I completely expected to see a young person or a child running along kicking a rock, but I was surprised to see my husband flying by. Chasing the rock. Not just one or two kicks beyond me, but at least four hundred yards, he kept kicking and running. He looked so young and happy, carefree and full of life. That was amazing to me after the year we’ve had in our home.   He loved my mom as much as me. And, I know from experience how terribly painful it is to watch someone you love with all of your heart hurt so much and not be able to do anything about it. But, there he was, skipping along. Looking very happy to be on the planet.

I couldn’t help but smile. A smile that went way down deep and straight to my heart. I am truly blessed among women. He has stood by me through all the pain and tears and sleepless nights and still has enough love of life to skip along kicking a rock on a cloudy morning when it would’ve been a lot easier, and more appealing, to just lay in the bed. My heart was so full. You see, it hasn’t always been this way. I want to give you some history and someone out there needs to hear this. I know that because I have felt so compelled to write a bit of our story. Whoever you are, please hear me when I say, it’s worth it. He or she is worth it. Worth working through hard times, staying when leaving seems easier, and talking when all you want is silence, humility when pride feels so good. Doing the right thing, even though it is so hard, harder than anything you’ve ever done. Trust me, after twenty three years of marriage, I can tell you it is worth it.

We married in 1992 at the ripe old ages of twenty one and twenty two. Still in college, young and naive. I think I was more in love with the idea of being married, than the person I was marrying. (Hang in there with me, this has a good ending.) Our first apartment was an upstairs to an old house that probably should have been condemned long ago. The stairs to the place were so steep that we probably should’ve worn safety ropes when climbing them. They were wooden and creaky. It didn’t help that we lived in Iowa and the snow and ice were relentless. You really took your life into your own hands when you braved the elements and decided to come or go from our place. One slip and let’s just say you probably would have a limp the rest of your life. They felt that dangerous.  The space itself was small and cramped, but it was adequate for a newly married couple. To give you a better idea of the conditions, when the washing machine was on the spin cycle, the whole place shook. Not an earthquake kind of shake, but enough to be noticed. That’s where this whole journey of married life started for us.

If you know us, you know we are very different people. Well, nobody told us that was going to be such a problem. Or did they? Either way, it was much harder than either of us anticipated. Our first argument as a married couple was eye opening, to say the least. I mean, why didn’t he just listen to me and do what I wanted, I was obviously right. At least that’s how I saw it. I liked to spend money, who knew you would be so very broke as a young married couple? And I couldn’t cook, unless you count black eyed peas and cornbread. That’s what we ate at our house growing up.   I wish you could’ve seen my Minnesota born husband’s face when I proudly served him beans and cornbread for dinner one night. He was like, “Where is the rest of the meal?” The rest? Didn’t everybody eat beans as the entire meal? That was enough to put me over the edge and a grand argument followed. It was constant, he would hurt my ever-on-my-sleeves feelings and I would get mad and we would fuss. Same cycle day in and out.

It didn’t take me long to decide married life was not what I thought it was going to be. I had to share stuff and cook and clean and compromise and sit down while the house shook on the spin cycle.   It just wasn’t what I thought I signed up for. It was too difficult. And, don’t worry, I let him know it too. I lived disappointed and frustrated. Never mind that my expectations were unreasonable or that I wanted a mature relationship without the work, marriage was just too hard. I cannot even count how many times I threatened divorce, separation, anything to get out of this and into what I thought was going to be an easier situation. But, (and I will forever be thankful for her) my momma would remind me that I made a promise, a vow until death do I part. Death? If that was the only way out, guess I would stay. I know that my husband wanted to pull his hair out. He struggled just as much as me. I can remember crying myself to sleep more than one night, and I know he walked the floor working out his frustration many days.

I wish I could tell you that we had this amazing experience, an epiphany moment when all of this changed. That we began to treat each other better and never fought again. But, full disclosure won’t let me. I cannot even tell you when the change started, but I can tell you that things did begin to change. Call it maturity, call it whatever you want, but the Lord began to get a hold of his heart and things began to change for the good. I’ve told you before that he exampled a Christ-like love to me first. I am so thankful he did, it made all the difference.   I still remember when we had grown enough in our relationship and faith that the Lord told me I could no longer threaten divorce or leaving. I couldn’t utter the words. I had to stay. I wasn’t in an abusive relationship, I just wasn’t always getting my way. And, turns out that was a good thing, it made me happier to give of myself. It took a long time to realize that though; compromising didn’t feel so good at first.

Baby steps. That’s what we committed to. We started with space from each other when we were mad so we wouldn’t say such hurtful things in the heat of an angry moment. But, we always came back to it and worked it out, no sweeping it under the rug; that would just allow anger to brew. Then, strained apologies and false humility were how we survived for a while. But, you know what, turns out doing the right thing even when it feels terrible really does work. After some time, and lots of prayer and intentionally making better decisions, our relationship became so much better. And then even better.

Well, here we are. We made it and are making it. He is my best friend and no one makes me laugh harder than him. I love spending time with him, love sharing life with him. It was not easy, and still isn’t always. But, let me shout this from the mountains, I’M SO GLAD I STAYED! So glad I walked down the hard road with him and so glad we are still together on this road. It’s so easy to quit. I think I counted five or more bulletin boards offering divorce lawyer advice on a road trip lately. There is a loud message out there to just let it go when it gets too hard. Trust me, I know it is hard, I know how it feels to want to leave, I know, I know. But, think of all I would have missed if I had gone. It was so worth the fight, not the fight against each other, but when we finally stood side by side and fought for our marriage together, it made life so much richer.

So, back to my walk and there he went by me, running and kicking and then it happened. He turned around and ran back to me. Smiling and grinning, I think my heart skipped a beat. Oh, what a ride it has been, we have fought hard and loved deeply and twenty three years later, he is my favorite. I love this feeling of knowing someone so well and being known so well, flaws and all, and still being loved so completely. If you are thinking of giving up on your marriage, please think twice. I’m not talking about staying in abuse here, just the difficult stuff every marriage deals with. Consult your pastor or see a counselor or find an older couple you trust and ask for help. It is so worth it. He is worth it. You are worth it.

Oh, and because I’ve already declared full disclosure, I did learn to cook a more well-rounded meal. I guess they don’t eat like we do up north. Black eyed peas and corn bread, sound fabulous to me, but I guess you can have ham with it too. Whatever, I’ll compromise. I still can’t keep up with him while he runs, but as long as he runs to me, we’ll be alright. As a matter of fact, everything is alright, maybe even better. So glad we stayed. 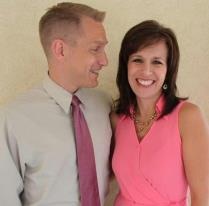 Look back over the journey.